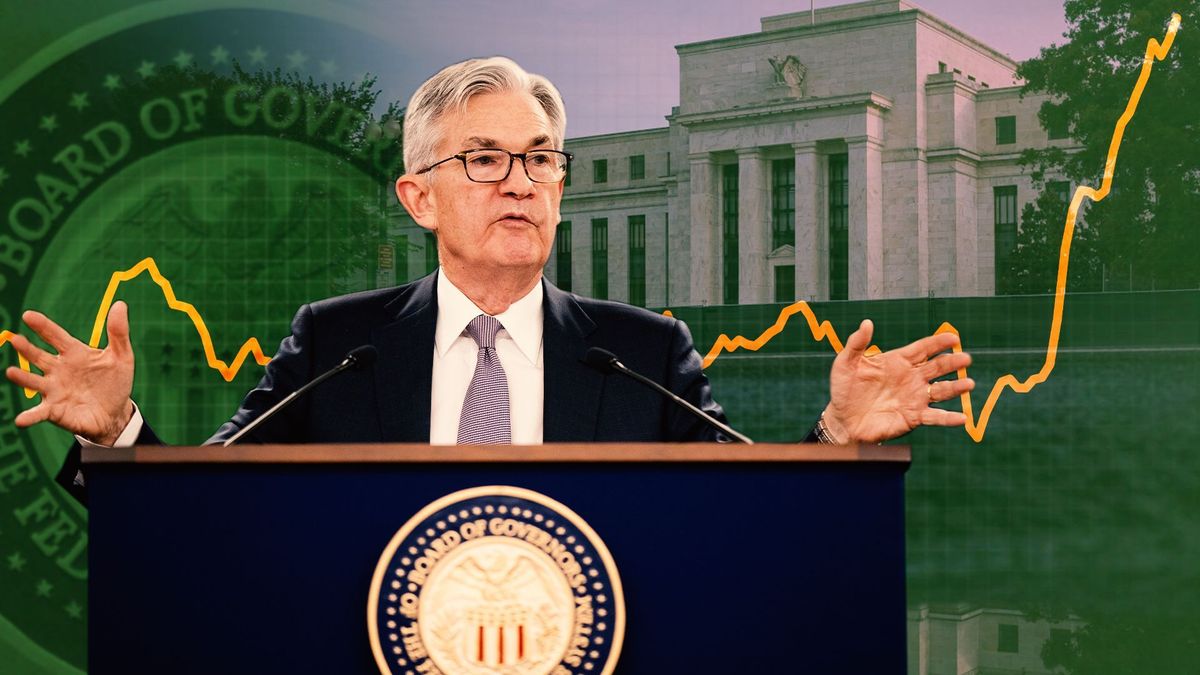 Rates Up, Markets Down - The 1970’s Great Inflation Is Back

With prices rising at their fastest pace in over 40 years, the Federal Reserve moved to raise Federal Funds rates by another 0.75% to 2.5% this morning.

The marks the fourth time the Central Bank has raised rates this year in an effort to break inflations back, which in June came in at its highest this year at 9.1%.

What The Fed Said

"We have both the tools we need and the resolve it will take to restore price stability on behalf of American families and businesses," Powell told the Senate Banking Committee.

"Our overarching focus is using our tools to bring inflation back down to our 2% goal and to keep longer-term inflation expectations well anchored."

To tackle inflation, the Fed is systematically raising the interest rate, which is neither a precise nor painless process. However, policymakers must continue to raise rates knowing that the effect of doing may not show up in the inflation numbers for several months.

How Interest Rates Affect Everything

The Federal Funds rate serves as the basis for all credit facilities and commercial lending in the United States.

Most purchases when it comes to the buying and selling of assets is using credit in some form, whether its short-term credit facilities, mortgages, corporate bonds, or HELOC's.

When credit is cheap, more purchases occur in every market because the cost of capital to acquire new assets is comparatively cheap. The more buyers in a market, the more demand there is for a fixed number of assets, which means prices will rise.

By controlling the Fed Funds rate which all credit credit facilities are based on, the Federal Reserve is effectively controlling buyer demand for all assets.

If you raise the interest rates, there is less purchasing in every market, for everything.

History Doesn't Repeat, But It Rhymes: The Great Inflation

The most concerning thing about the Fed's policy (and what many billionaire critics like Bill Ackman & Ray Dalio have critiqued) is that the current Fed's policy may not be aggressive enough to tackle inflation.

Looking back the The Great Inflation event of the 1980's, we can see what they're talking about:

The biggest critique of Powell's current policy is that while Powell is definitely moving interest rates in the right direction, they may not be moving fast enough to catch inflation.

In other words, we had a much more aggressive Fed policy under Paul Volcker and he still had trouble catching and reigning in inflation, with inflation reaching over 14% by 1980.

This means that it could take the better part of a decade until inflation is truly back under control.

Why This Could Be 'The Greater Inflation'

There is something unique about this inflation event that is different from the 1970's and 1980's—the bullwhip effect caused by Covid-19.

The Bullwhip Effect is when small changes in demand by retailers can cause large fluctuations in inventory planning to perpetuate upstream, alternating between over-ordering and under-ordering from their manufacturers and their subsequent suppliers.

The Bullwhip Effect was exacerbated by the delays in manufacturing caused by Covid-19 that are still working their way through the global economy.

So while Powell and the Federal Reserve are trying to control inflation on the buy-side by raising rates and controlling demand, the effects of Covid-19, China's 2nd lockdown, the Russia-Ukraine conflict, and the lack of basic materials for nearly everything is causing supply-side pressure and more bullwhip effect.

While the Federal Reserve is trying to reverse inflation on the demand-side by raising rates, China and Russia are causing inflationary pressure on the supply-side.

This means that Powell has to effectively deal with a variable that wasn't present in the 1980's under Volcker's watch—supply-side inflation.

The shear lack of availability of everything—from new cars to toilet paper—is going to put more back-pressure on inflation that was not present in the 1970's and 1980's.

One thing that is pure speculation but leads one to wonder:

Could Chinese supply-side pressure and the Russian-Ukraine conflict be a coordinated effort from the East to exacerbate inflation on the United States?

It's well known that Russian and China were not happy with the U.S. policy to restrict federal note supply and print money like wildfire in 2020 in response to Covid-19, it would only be natural for them to want to make an inflationary event for the United States as worse as possible.

And with Yuan now being used a global reserve currency among 85% of the world banks, exacerbating inflationary pressure on the U.S. Dollar is completely within China and Russia's coordinated economic interests.

What To Expect Going Forward

Based on the comparatively dovish policy for tackling inflation by Jerome Powell compared to Paul Volcker in the 1980's, we can probably expect to be battling the ups and downs of inflation for the next 5-7 years.

But more importantly—what does this mean for markets?

One thing that is almost certain, we can expect to see huge hikes in mortgage rates in the next two years to come, upwards of at least 10-13% or more.

During The Great Inflation, mortgage prices soared to 22% at their peak with a much more aggressive Fed policy.

Since mortgage rates are based off the Federal Funds rate, we can expect the banks to continuously adjust mortgage rates upwards until inflation is tackled, which will be no time soon.

We can also expect the stock market to continue to go down and sideways as corporate earnings will need to be fueled by something else besides debt financing.

As interest rates rise, companies will shift more to equity financing rather than debt-financing which causes more share issuance, shareholder dilution, and a higher cost of capital—after all, debt financing is almost always cheaper than equity financing.

Shareholder dilution plus contracted earnings due to higher costs of capital results in overall lower share prices across the board—simple discounted cashflow math.

Just because prices may continue to fall doesn't mean it's time to get out of the market completely. You couldn't ask for a better time to prepare watchlists and model portfolios for when markets start to baseline again.

To find great companies and opportunities with first-grade in-depth company analysis on the entire S&P 500, check out our Retail Premium Plan on Synvestable.com

DISCLOSURE: Synvestable is a financial media provider only and is providing the above data for research purposes only. Please consult your financial advisor before investing as investing carries the risk for potential loss of capital. For more information, please consult our Terms of Use on www.synvestable.com

Buyer beware—these markets could see price drops of up to 20% in the event of a recession. According to Moody's, years of increasing housing prices have led to 96% of the biggest markets in U.S having overvalued real estate. Most of the overall market now remains overpriced by
Investing in the stock market doesn't have to be hard. So we put together 5 simple rules every investor must know when it comes to investing in the stock market. Control Your Emotions Success in investing often doesn't rely solely on intelligence, but also on emotional control. It can be
Is this the beginning of a new bull market, or have investors been lured into a bear trap? Today we review both cases and let you decide.