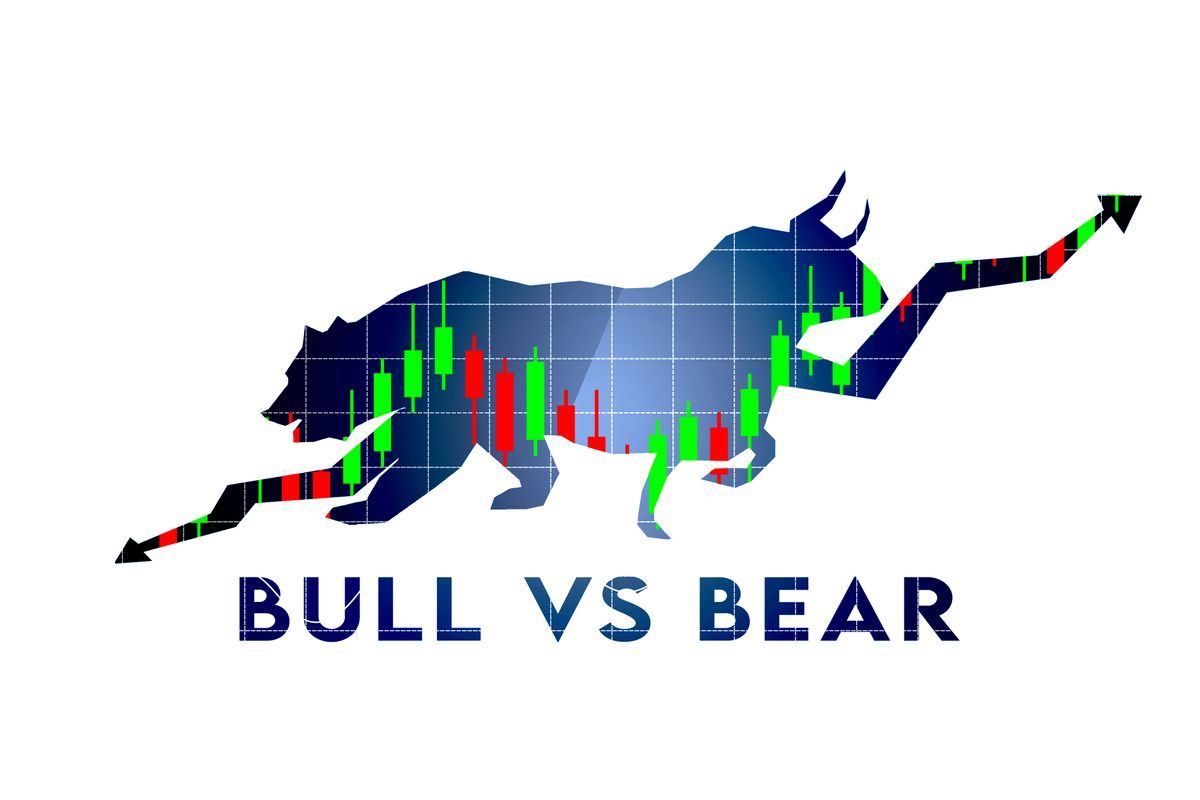 Is This The New Bull Market?

August 16th, 2022 - With the conflicting narratives coming from financial media, we wanted to review both the bull and bear case for explaining the current moves in the S&P 500.

Let's dive into what investors are all searching to know:

Is this the new bull market or the top of a bear trap?

With the current state of the market and economy, in both the bull and bear cases, each argument hinges on a number of factor currently facing the market — Fed Interest Rate Hikes, Inflation, Energy Prices, and Supply Chain outlook.

We'll review The Bull Case and The Bear Case from these perspectives, showing you exactly what the bulls think versus what the bears are saying.

Most of the key arguments for the Bull Case are represented by David Kelly, JPMorgan Asset Management’s Chief Global Strategist.

The key argument from the bull perspective is that inflationary is transitory.

Kelly's viewpoint that inflation is transitory he says is proven by the recent CPI report, gasoline prices, and airfare prices all coming down. He thus believes that the peak of inflation we'll see will be lower which in turn will support higher equity prices into Q4 2022.

It's important for us to note for the reader that Kelly's viewpoint goes against the guidance given by Neel Kashkari, CEO of the Federal Reserve Bank of Minneapolis, in which Fed officials are "a long way" from backing off inflation fight, and also against guidance from the Federal Reserve of St. Louis's President James Bullard given in July that target Federal Funds rate will be around 3.75-4.00% by year end.

In other words, the bulls are expecting an earlier than expected dovish pivot by the Fed on inflation policy.

Kelly believes that energy prices will continue to decline. During a conference call with investors, Kelly noted that so far we've seen oil prices come down again because of indications that Europe is not going to immediately ban Russian energy and also the possibility that China could buy Russian oil.

Meanwhile, president XI has started to make a u-turn in his friendliness towards Russia, and Putin has now turned to North Korea instead.

The Bear Case comes from a variety of different sources.

The key argument on inflation from the Bear Case is that inflation projections have been inaccurate, and realized data will be needed to prove anything to the Fed.

Rob Dent, Senior U.S. Economist for Nomura, believes that we’re heading for a recession as early as Q4 2022, based on a broad range of weakening economic indicators including consumer spending, the housing market, business confidence, and lower business investment.

With job openings at record highs, businesses across almost every industry are coping by raising wages at rates far surpassing the pre-pandemic norm to retain their workforces and attract new workers.

1970’s inflation is weighing heavily on the Fed. During that period, policymakers became dovish too soon which caused inflation to get out of control. This is likely to keep the central bank laser-focused on hawkish increases to rates until inflation is in a clear and meaningful decline.

Many speakers at financial events continue to point to the dot plot from the June meeting which shows continued rate hikes through 2023, flying in the face of the Bull Case for a dovish pivot by the Fed early next year.

CPI and PPI data are also expected to be at about an 18-month lag if any of the Fed’s rate drops during the pandemic serve any indicator.

Dent also believes that it will take 3-4 months of lightening Core PCE for the Fed to even consider a dovish pivot on rate hikes, which at the earliest wouldn’t happen until March 2023.

According to a research study by Invalua, only 18% of procurement leaders expect the supply chain crisis to ease by the end of 2022, which will make inventory forecasting difficult for retailers as the bullwhip effect from 2020 continues to wreak havoc on retailer’s inventory planning.

Consumer discretionary companies Walmart and Target have also confirmed in recent earnings that inventory management failed to keep up with swift changes in consumer spending, making the retailers resort to big markdowns to move products.

These markdowns could have also been a major contributor to the flat CPI report in August.

The recent move below $4 in nationwide average gas prices has begged the question of whether further declines are on the horizon. Experts say the relief may be short-lived.

“The streak of daily declines in the retail price of gasoline is about to end as crude oil and refined product futures have rallied off their recent lows,” said Andy Lipow, president of Lipow Oil Associates.

Refiners are redlining to keep pace with demand. A hurricane or heatwave that brings refinery outages could push up gas prices since there aren’t alternatives readily available as Europe also looks for petroleum products.

There are some additional factors that lean towards the bear market case that we wanted to include as well.

The 3-month and 10-month treasury yield curves are very close to inverting and the 2-year and the 10-year yield curve is currently inverted the most it ever has in history. This points to an unsustainable market structure, and has historically been an accurate forward predictor of bearish markets.

Growth Is Overstated By 3%

Nomura’s Index suggests that current financial conditions are artificially boosting growth by three full percentage points, after being effectively neutral in June 2022. Blackrock has also stated this in recent publications.

Still uncertain on where U.S. stocks are headed, equity hedge funds are sitting out the market rally despite taking big paper losses on bearish bets since June.

Bank of America, BlackRock, Morgan Stanley, Goldman Sachs, and Citigroup have all issued cautionary advisory to their clients as the current rally may prove to be a false friend.

Additionally, Jamie Dimon of JPMorgan has warned his ultra-high net worth clients that a storm is brewing that could be something worse than a mild recession.

“The risk of disappointing earnings is one reason we’re tactically underweight stocks,” Blackrock said. "S&P 500 earnings growth has essentially ground to a halt, if you exclude the energy and financial sectors. That’s down from 4% annualized growth last quarter. What’s more, we believe analyst earnings expectations are still too optimistic."

With the looming threat of Q3 earnings revisions still on the horizon, and consumer spending shifting away from products and more towards services, that stands to benefit the economy but hurt stocks, as the S&P 500 is comprised 68% of products.

It's hard to say based on technicals or fundamentals alone whether we're entering a new bull market or whether we're at the top of a bear market channel.

We'll continue to cover both cases as the market develops, but in the meantime, be sure to register for a free account below to stay up to date on market and economic reports from Synvestable!

Key Takeaway: Declining fundamentals have only just begun. As Jerome Powell mentioned at Jackson Hole just a week ago, expect much more pain. Energy Prices In an interview with Bloomberg, Saudi Energy Minister Prince Abdulaziz bin Salman said that OPEC, the world's largest crude exporter, was prepared to cut production
Buyer beware—these markets could see price drops of up to 20% in the event of a recession. According to Moody's, years of increasing housing prices have led to 96% of the biggest markets in U.S having overvalued real estate. Most of the overall market now remains overpriced by
Investing in the stock market doesn't have to be hard. So we put together 5 simple rules every investor must know when it comes to investing in the stock market. Control Your Emotions Success in investing often doesn't rely solely on intelligence, but also on emotional control. It can be